Ginger is an ancient and truly versatile spice and was one of the very first spices to be exported from Asia to Europe through the infamous spice trade.

Fresh ginger oil is extracted from the root or rhizome of the herby perennial and is an attractive plant often used in landscaping in subtropical gardens with white and pink flower buds and long reed-like leaves.

Ginger originated in the southern parts of ancient China and then spread to India, greater Asia and eventually down into Africa where Arab traders brought it to Zanzibar off the coast of Tanzania.

Fairoils has two ginger grower-projects; one located around Mananjary in the south east of Madagascar and the other one at the foothills of Usambara mountains of northern Tanzania, close to the Kenyan boarder. We also source fresh ginger root from small-scale farmers in Uganda as needed.

The ginger plant belongs to the Zingiberaceae family –root-based plants including turmeric, cardamom and galangal. The seed or rhizome is planted in well-ploughed and well-drained soil mounds for optimum growing conditions.

Fairoils processes Fresh Ginger throughout most of the year between Tanzania and Madagascar. Our Tanzanian harvest is from May to October, while in Madagascar it starts in March and can last until November.

Our ginger projects involve large numbers of small-scale farmers. We have more than 2,500 ginger farmers between the Tanzanian and Madagascan projects. Both locations have fertile soil with a humid climate and regular rainfall, which is ideal for ginger farming. Combined they produce around 3.75 million kg of fresh ginger roots.

Extraction of the oil is by hydro-distillation after first crushing the fresh rhizome prior to loading. The heat source for Fairoils’ distillation is from bio-mass boilers fired by our own bio waste briquettes. Ginger oil yield is typically low and therefore a large volume of fresh ginger root is required.

Fairoils can produce and supply around 12mt of Fresh Ginger oil per year. 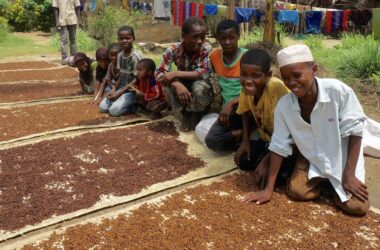